How to not let fouling bog you down

An Asian ammonia producer had severe problems eliminating fouling in the lean/rich interchanger in its acid gas removal process. The problems disappeared when the existing coil-wound heat exchanger was replaced by four Alfa Laval Compablocs.

The Compablocs have performed according to specification, and after three years of continuous operation there was still no need for cleaning. Pressure drops were the same as when the heat exchangers were installed and thermal performance has decreased only marginally. Replacing their existing coil-wound heat exchanger with four Alfa Laval Compablocs eliminated the performance problems caused by severe fouling – and incomplete cleaning – that the plant struggled with before. 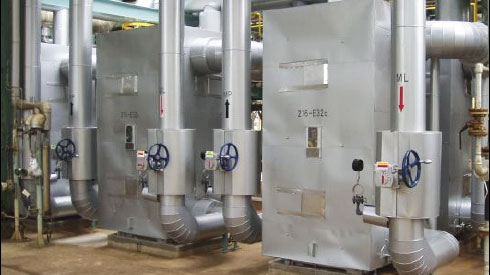