Since 2015, China has slowly expanded what it calls the Chinese Domestic ECAs, where ECA is short for Emission Control Area. These ECAs should not be confused with the ECAs defined by IMO.

Whereas IMO ECAs typically extend 200 nautical miles (nm) from the coast, the Chinese Domestic ECAs (CD-ECAs) cover only China’s territorial sea. This means that the CD-ECAs have a reach of 12 nm (except in Bohai Bay, where the whole bay is a CD-ECA).

China is within its rights. Any nation may implement environmental regulations in its territorial sea without asking or seeking permission from international bodies. And now China is considering further changes. The stated aim is to implement IMO’s “carriage ban”, which prohibits vessels from carrying high-sulphur fuels for onboard combustion (unless they are equipped with a scrubber).

Minor changes relating to discharge water are also in the pipeline. Since 1st January 2019, Chinese regulations have prohibited discharges from open-loop scrubbers in ports along the coastline, into inland waterways and into the Bohai Bay. The proposal is to expand this ban to the CD-ECAs. Closed-loop scrubbers are allowed to discharge their clean bleed-off water, and no changes are proposed in this regard.

A summary of the CD-ECA rules as they stand now:

Please note that Taiwan follows the same rules as China. 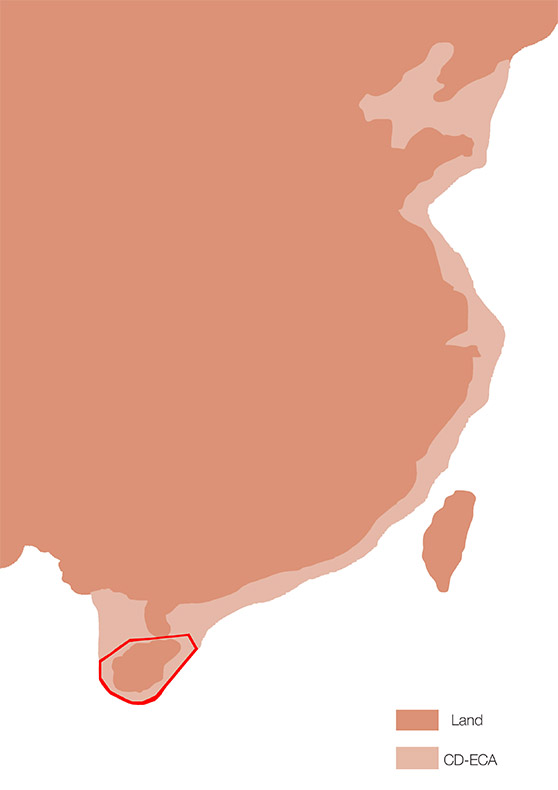