EEXI and CII – what you need to know

Let me start this post with a small caveat: I am not an expert on the regulation of energy efficiency on ships. This type of regulation has been around since 2012, so technically I’ve had the time to learn. However, it first became a priority when it began to cross over into my own focus on emissions. Due to the new wave of regulatory developments related to greenhouse gas (GHG) emissions or climate change, I’ve had reason to catch up. Although I still have more to explore, I’d like to share with you what I’ve learned so far – answers to things that I myself was perplexed by.

My first insight is that there is no difference between the now approximately 10-year-old Energy Efficiency Design Index (EEDI) and the new Energy Efficiency Existing Ship Index (EEXI), at least in terms of calculation. EEXI is merely an EEDI for existing ships. There are differences, of course, which I will address here, but first we need to get the facts straight about how EEXI applies.

A note of caution here: MARPOL Annex VI regulations 2.13 and 2.18 define “existing ships” as ships built prior to 1 January 2013. However, this definition is only applicable to EEDI in relation to “major conversions”. It is not applicable to EEXI.

The main difference between EEDI and EEXI is, of course, the “reduction factor”, which is generally less demanding for existing ships. Most of them need to reduce to the Phase 2 EEDI level, although some ship types (container ships, cruise ships, LNG carriers and gas carriers) need to meet the same level as the new accelerated Phase 3 EEDI reduction factors, which apply from 1 April 2022. (The higher the phase number, the higher the reduction factor.) Is this unfair – and will it cause problems?

To answer that question, we can look at the attained EEDI results reported to IMO for the aforementioned ship types under stricter regulation. Anonymized EEDI results are available to the public, and here we find that the majority of Phase 1 ships (2013–2015) already comply with the superseding Phase 3 requirements (>2025). Naturally, this is the reason for regulating these ship types more rigorously (and for implementing the new stricter and accelerated EEDI Phase 3 reduction factors).

When we speak about reduction factors, we need to have a reference. EEXI makes used of the same reference lines as EEDI, which is what allows the direct comparison we’ve just made. The reference lines are based on fleet data from 2008, but over time they have been refined and updated for some ship types. As I’ll explain in the next section, Carbon Intensity Indicator (CII) uses different reference lines, which makes comparison with EEXI and EEDI impossible.

Another point where EEXI does differ from EEDI is the amount of main engine power that goes into the calculation. If an existing ship needs to limit the power to its propeller in order to meet the EEXI by means of engine/shaft power limitation, it is 83% of this limited power that enters the EEXI calculation. However, it should be 75% of the installed main engine power or MCR (maximum continuous rating) – the same as for EEDI – if this number is lower. Put simply: In most cases, existing ships need to register less power in the EEXI calculation than new ships, which results in a lower attained value that makes it easier for them to meet the requirement.

One question I had in the beginning was whether a ship can limit its engine power to below the minimum propulsion power requirement. The answer is yes, of course, since we’re talking about ships being able to release the limiting mechanism set on the engine or shaft. The limitation can be removed for the purpose of securing the ship’s safety or saving life at sea, which in practice could mean when operating in adverse weather and ice-congested waters, when participating in search and rescue operations, when avoiding pirates or when performing engine maintenance. If a ship releases the limiting mechanism, it needs to log the incident – recording the time, the reason and the amount of power consumed – and report it to the administration at the first opportunity.

The main thing to remember with EEXI is that it is a one-off exercise (some call it a “ticket-to-play”). It is also a technical regulatory measure, whereas CII, which we will get to, is an operational measure. EEXI only considers the design of the power plant, which is essentially the engine(s). Moreover, it only considers the part of the power plant that contributes to propulsion – not, for example, an auxiliary genset (except for a part that corresponds to 2.5% of the main engine power). As such, it’s far from being a real indication of actual emissions or, for that matter, an expression of the whole ship’s energy efficiency. It is strictly a design measure, and a theoretical one at that. In this regard, CII is a much better reflection of real-world performance.

Although Carbon Intensity Indicator (CII) is usually the only thing we hear mentioned, it is actually part of the SEEMP documentation required by MARPOL Annex VI. SEEMP stands for Ship Energy Efficiency Management Plan, and the concept is as old as the EEDI regulation.

The SEEMP is intended to promote energy efficiency in the whole ship’s operation. It lays out a path for improving the energy efficiency on board year by year, but there is no repercussion if the ship fails to meet its own set goals. No proper means of SEEMP enforcement is currently available to administrations, which means CII cannot be properly enforced either – at least not yet.

CII is a recent expansion of the SEEMP, requiring a ship to reduce its carbon emissions year by year to a certain level related to deadweight tonnage and the number of nautical miles travelled. As I’ve already noted, these numbers cannot be compared with the EEXI/EEDI numbers. CII is ship specific as opposed to fleet specific (which many had hoped for, as it would have incentivized smarter management and circular-economy thinking). It applies to ships larger than 5000 GT, which itself prevents comparison with EEXI/EEDI, since those regimes categorize ships (except for cruise ships) by DWT. Generally speaking, there are more ships that need to report CII than ships that need to comply with EEXI.

Although CII uses the same unit as EEXI (CO2/DWT-nm), the two are not comparable. CII is a yearly average based on what the ship actually bunkers, whereas EEXI uses the theoretical amount of fuel needed for the part of the ship’s power plant contributing to propulsion. CII thus includes fuel used for cargo operations, which EEXI does not. While ships are never operated according to their design (EEXI is based on 75% or 83% MCR ), CII is a direct reflection of their actual operation, even if it allows for some exemptions (e.g. ice conditions, adverse weather, time waiting to call on port).

Like EEXI and EEDI, CII makes use of reference lines to which ships must relate their yearly reduction factors. The CII reference lines, however, are based on 2019 data collected through the European Union MRV (Monitoring, Reporting and Verification) Regulation and the 4th IMO GHG Study. Had it been possible, IMO would have based the CII reference lines on 2008 data, because the carbon intensity reduction targets for 2030 and 2050 are in reference to this year. As a consequence of using later data, the reduction factors presented in the regulation express the gap between 2019 and the 2030 target – which means they will not add up to a 40% reduction by 2030.

Prior to the agreement on the reduction factors, there was a dispute about the level or ambition. Some states held that 2019 was an abnormal operating year that resulted in unnaturally low emissions, while others were of the opinion that 2019 reflected an anticipated decline in shipping. In other words, the two sides disagreed as to whether or not shipping had reached its peak. As a result of this dispute, CII reduction factors were only set until 2026, rather than 2030 as was anticipated. This means that the 2026 review, in addition to evaluating the implementation experience, will need re-examine the reference lines in order to complete and finalize the reduction factor table with the years from 2026 until 2030.

A final important thing to touch upon before leaving the subject is the rating system used with CII. This system illustrates the level of compliance by means of different zones or bandwidths – A being the best, E being the worst. At a minimum, a ship must be within bandwidth C. However, the ship is given no direct incentive to be in A or B, and the current level of enforcement creates almost no incentive to leave D and E. It might be that market mechanisms will create incentives over time, based on the ship’s rating. This has perhaps been the plan all along on the part of some member states, which would explain the lack of robust enforcement.

Heading into the future

If we try to look into the future, what’s likely to happen with CII and EEDI? EEXI won’t be of interest in this regard, since it must be calculated following an existing ship’s first survey after 1 January 2023.

CII is likely to be relevant beyond 2030. It promotes energy efficiency throughout the ship, plus it creates a demand for low- to zero-carbon fuels and for carbon capture (if that ever becomes relevant for shipping). However, as an instrument it cannot stand alone, especially if a ship cannot be sanctioned from operating when it fails to meet the reduction requirements. One means of ensuring the uptake of low- to zero-carbon fuel, for example, would be some kind of monetary system to make the price of fossil fuels per MJ equivalent to the alternatives. If such a system were put in place, however, it would be important to have yet another instrument ensuring that the alternative fuels in use do not have higher upstream emissions than fossil fuels. (Otherwise, matters would become worse, not better.)

And what about EEDI? In the future, the power plants installed on ships will be far more diverse and built with fuel redundancy in mind. So, a ship could bunker a fuel with low carbon intensity, use it, and then bunker a fuel with high carbon intensity. Given this, how should its EEDI be calculated? Should it be calculated with the low carbon factor or the high one, remembering that the calculation is made before the ship sets out to sea)? Likewise, if the ship uses ammonia as fuel, its EEDI will be zero – but surely its power plant will not be 100% efficient because of it?

These questions show that the mindset behind EEDI is becoming outdated. The only thing EEDI really incentivizes is the installation of small engines, as these have proved to be more cost-effective than, for example, research and development of shipbuilding materials and hull design. Many ship aspects and applications (insulation, heating, cargo handling, etc.) are currently disregarded by the regulation, and the shipbuilding monopoly has certainly not created the environment to push for more.

In my view, we need to scrap EEDI and create a new instrument to assess total energy efficiency – one that isn’t defined in terms of emissions, for which we already have CII. In creating a new instrument, we should look at the energy efficiency of the entire power plant, which includes looking at accommodation insulation, hull resistance, propeller efficiency, etc., etc. With an instrument that sets a minimum percentage efficiency for all key aspects of the ship, we would finally achieve a realistic tool for reaching sustainability goals. 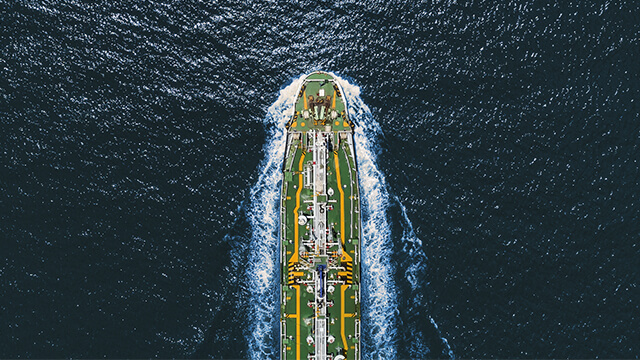